"I remember that we tried to start up the guild on AO in the very first week, but the guild registration was bugged at the time, and it took us about two or three weeks until we were able to claim our name in AO. Madcat, Cav, T, Nemesis, and I were a few of the first ones in AO... Im sorry that I dont remember the rest of the names (its been almost two years :( )." 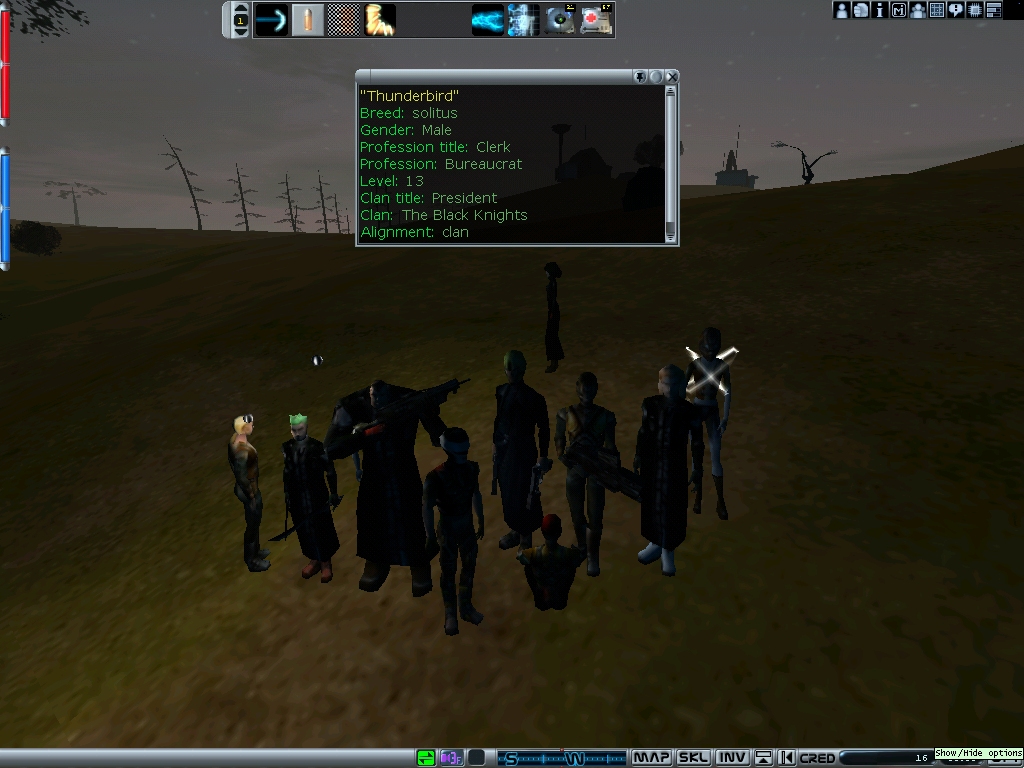 "I had joined in early April of 2000 after becoming a regular on the Anarchy lore boards. Alot of people had been bashing BK, but I did not understand it at the time since Nem, T, Cav and Madcat were all cool people. I realized later that they were all jealous of what BK had to offer, and even now, we have outlasted every single one of those AO guilds that used to bash us, with no signs of relenting ;). I remember receiving an email from madcat inviting me into the guild, and after a few hours of deliberation I decided to join. Tiamet and I were probably the only two people recruited off of the lore sites (that I know of, that is); Tiamet as the Public Relations director (he is still the best forum browser/poster I know) and me as a Knight of the Sword (however we did not have the rank distinctions until after AO lost most of its fan-base). I had some doubts at first -- being the rookie from AOlore -- but all of these were dispelled after seeing BK in action."  - BK Greyclouds

So BK went on to be a power house in the rebel faction of Anarchy Online. We spent many nights destroying all Omni that stood in our way. We used to take control of this bridge we named "The BK bridge". We'd hold it for hours, with wave after wave of Omni trying to destroy us. They never did take that bridge from us. 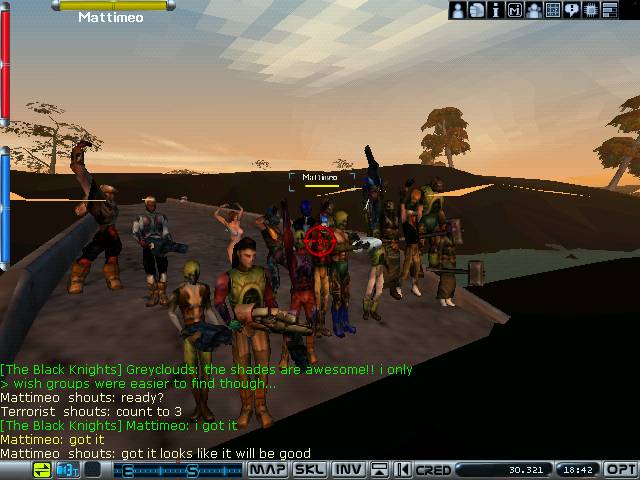 We went on to be one of THE most powerful, and rich, clan's on Rubi-Ka1. We were the first clan to have the famous Yalmaha cars (the most expensive vehicles in the game, and pretty nice looking). Actually we went on to buy a Yalmaha for almost every BK member. There's a screen shot in our screen shot section of a fleet of BKs in Yalmahas. Here's a scene of our clan fleet of them at 5 million credits a piece, in this clan photo (note, it was rare for any clan to even afford ONE of these vehicles) ... 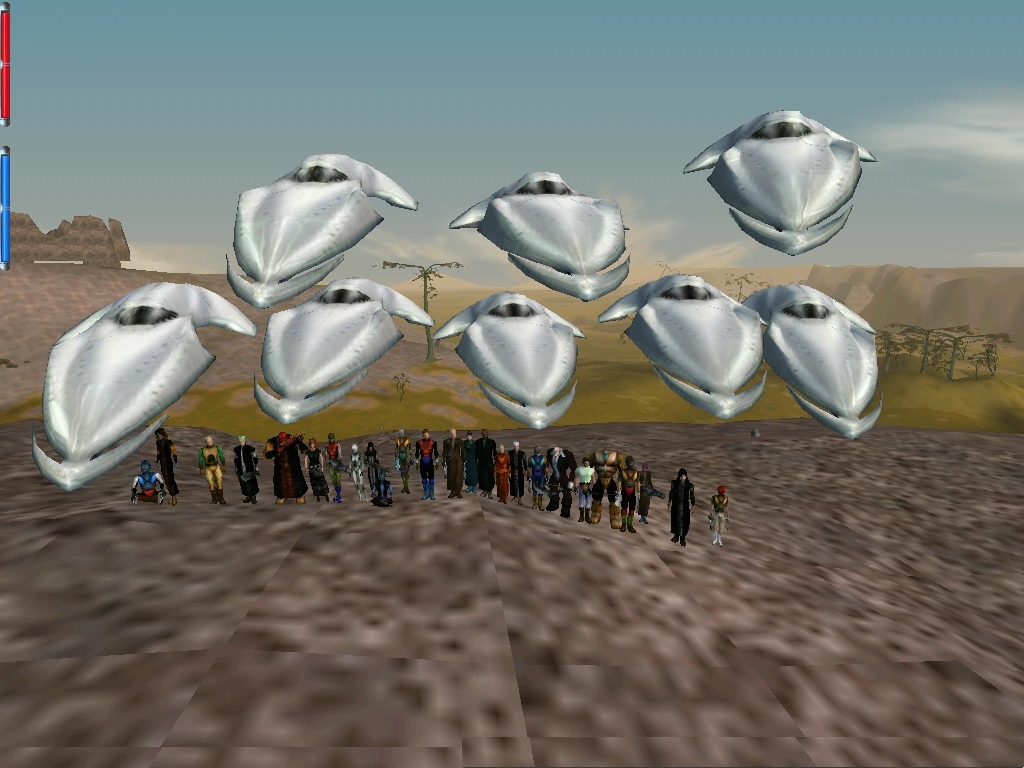 During Anarchy Online, the true size and power of BK became too much for one person to handle. We developed a rank structure, derived from the novels "Dragonlance Chronicles" by Margaret Weis and Tracy Hickman. We still to this day, though tweaked, use the same rank structure.

But Anarchy Online started to decline. There were less and less Omni to fight every day, and our love for PVP was making AO a boring game to play. But there was a new game on the horizon, a game with promises of Realm vs. Realm combat, and back to our fantasy based MMORPG roots, leaving the future behind, we turned to Dark Ages of Camelot